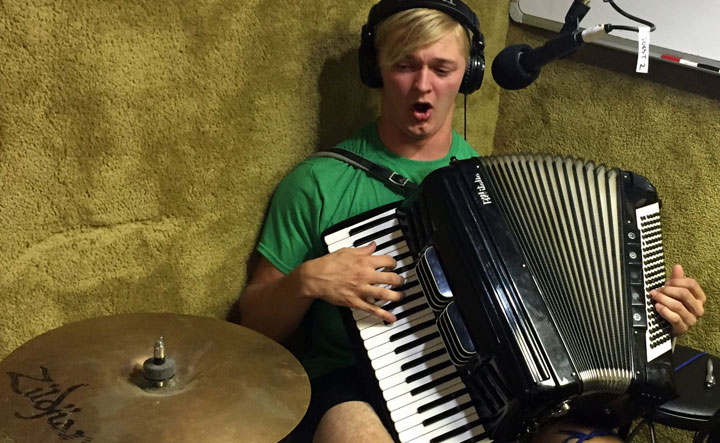 Two Harbors Community Radio (KTWH 99.5), was established by a small group of dedicated community volunteers who desired to see that the Two Harbors community had an open forum to share ideas, local news and school events and provide opportunities to showcase area artists. In 2013, the group applied for a low-power broadcast license from the FCC and in 2014 received its nonprofit status and permit by the FCC to build the station and to broadcast at 99.5 Mhz FM. The Lloyd K. Johnson Foundation provided a grant of $20,000 for initial start-up support in 2014 and KTWH went on the air in September 2015.

Two Harbors Community Radio’s volunteers and staff have worked hard to meet the needs of the community since the station’s inception. KTWH offers an “open forum for all voices to be heard in an atmosphere of respectful inquiry into shared social issues and respective cultural expressions and beliefs”. The mission of the Two Harbors Community Radio is to “provide low power listener-supported radio to build community in the greater Two Harbors area through intergenerational grassroots participation”. The 100 watt station serves the greater Two Harbors area and also streams its programming at www.ktwh.org

In 2016 the Lloyd K. Johnson Foundation again awarded the station a grant in the amount of $18,000 to help support their work in the community and to help further stabilize its efforts. KTWH is not only a source of community news but a provider of emergency management information, a resource for visitors to the area to learn more about the North Shore and an opportunity for listeners of any age to participate in all aspects of community radio.

KTWH now broadcasts and streams about 100 hours each week. Its broadcast schedule includes a wide variety of programs, with over 50% locally produced shows, including KTWH’s flagship Friday night live music show, “Big Dave’s Beat Farm”, a program that has featured over 75 unique local musical acts since the launch of the station, each time with a live in-studio audience. The station also broadcasts locally curated programs created by independent producers at other community radio stations. KTWH has recently developed new services such as the Youth Radio Initiative (producers of The High School Show) and a Remote Broadcast Project that has culminated in live broadcasts of local high school sports and community events.